The Awakening Power of Relationship 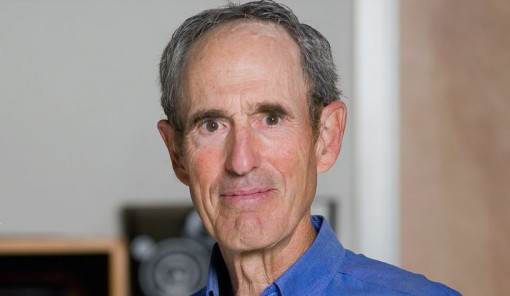 The Awakening Power of Relationship

Workshop
Stephan Bodian
Saturday, May 2, 2020 - 10:00 to 16:30
Spiritual
Wellbeing
Share on:
Alternatives says:
Stephan is a licensed psychotherapist, a spiritual teacher and author of the ground breaking book Meditation for Dummies.
Description:

Intimate relationships offer us the opportunity to awaken from the dream of separation and realize our essential oneness with all of life. At the same time, paradoxically, they stir up our deepest fears and reactive patterns and cause us untold suffering if we’re attached to our expectations and beliefs. In other words, relationships are a fertile ground for profound transformation!

In this one-day workshop--which is grounded in the nondual wisdom tradition of Zen and Advaita Vedanta--we’ll use relationship as a sacred mirror to explore our stuck places, core stories, and limited identities, in order to free ourselves to be more fully awake, authentic, and heartful in our primary relationships with family, friends, and—the most important relationship of all—ourselves.

The workshop will include guided meditations, teachings, dyadic exercises, self-inquiry, and opportunities to work in the group with our individual relationship issues.

About the speaker, Stephan Bodian

His ground-breaking guidebook Meditation for Dummies, which has sold over a half million copies in a half dozen languages since it first appeared in print more than 20 year ago, helped make mindfulness mainstream. More recently, his book Wake Up Now (McGraw-Hill) was one of the first to offer a detailed road map to the journey of spiritual awakening. Since 2007 he has led an annual, months-long intensive program in spiritual transformation known as the School for Awakening.

Stephan is a licensed psychotherapist as well as a spiritual teacher, and he has been a pioneer in the integration of Eastern wisdom and Western psychology and in the embodiment of spiritual awakening in everyday life. His approach to teaching and counseling blends compassionate self-inquiry, nondual insight, and transformational techniques from the field of psychotherapy.

Stephan studied intensively with great masters in the nondual wisdom traditions of Zen, Dzogchen-Mahamudra, and Advaita Vedanta. He began his practice with Shunryu Suzuki, author of Zen Mind, Beginner's Mind, and received ordination as a monk in 1974. After leaving the monastic life in the early ‘80s, he spent a decade as a student of Advaita master Jean Klein, and in 2001 he received Dharma transmission (authorization to teach) from Adyashanti.

He has taught at major retreat centers in North American, including Omega, Hollyhock, Kripalu, The Crossings Austin, and Garrison Institute, and he has presented regularly at the annual Science and Nonduality Conference, in both the US and Italy.

Before becoming a therapist and teacher, Stephan spent 10 years as editor-in-chief of the magazine Yoga Journal, and his articles on meditation, spirituality, and health have appeared in numerous national magazines in the US. He has a degree in English literature from Columbia University in New York and did graduate work at Stanford.

Stephan's most recent book, Beyond Mindfulness, acknowledges the many benefits of mindfulness but cautions that this increasingly popular practice may actually take us away from our natural state of inherent wakefulness and peace. For those seeking to go “beyond mindfulness,” the book offers a more “direct approach” to self-realization that bypasses deliberate practices and points directly to our very own awakened awareness, which is always already present.

His other books include Timeless Visions, Healing Voices; Everyday Mindfulness; and Buddhism for Dummies (with Jon Landaw).